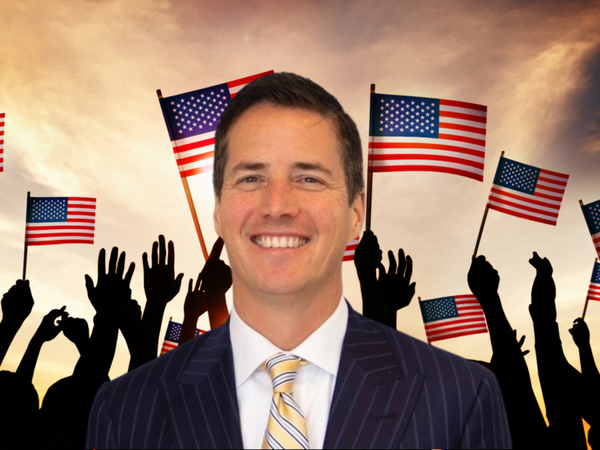 Bernie Moreno for US Senate

As a child, Bernie Moreno boarded a plane for America with his mom, five brothers, and his sister. He came from a country surrounded by the socialist ideology of radicals like Fidel Castro and Che Guevara. They promised to give everyone all they needed and solve all their problems. Now, Bernie Moreno sees the same threat rising here.

When he was fourteen years old, Bernie Moreno knew that he loved cars. He knew that he wanted to work with cars. So, he wrote a letter to the president of General Motors with suggestions for how to improve the company. The president of the company was so impressed with the ideas and the nerve of this teenager, that he actually wrote back. A few years later, Bernie Moreno became an intern. He worked his way up the ladder. Many years later, he would become one of the most successful car dealers in the United States of America–based right here in Ohio. Using his success in the car industry, Bernie Moreno became a leader in innovative companies that could help disrupt current tech monopolies. He also invested heavily in the community–hospitals, schools, and small businesses.

Bernie Moreno has been married to the love of his life, Bridget Moreno, for more than thirty years. They have four children. Family has always come first, and he wants the next generation to grow up in a country where they too can achieve anything.

Bernie Moreno sees Joe Biden, Kamala Harris, the extreme left, their allies in the media, big tech, and universities push socialism at every turn. He sees them using Cancel Culture to completely silence us. That’s not why his parents risked it all to come to America. He’s fighting to protect the American Dream