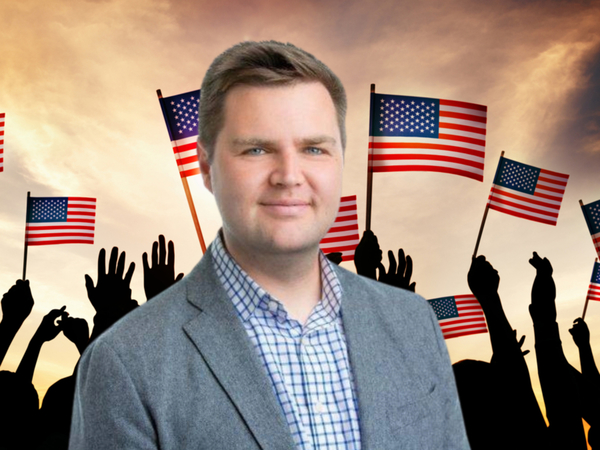 J.D. Vance for US Senate

JD grew up in Middletown, Ohio, a once flourishing American manufacturing town where Ohioans could actually live a middle-class life. But over time, he witnessed jobs and economic opportunities slowly disappear from the community, leaving family, friends, and neighbors with nothing.

Turbulence was common at home and at school. JD’s father left home when he was a young boy. His mother struggled with drug addiction his entire life. His grandmother, called Mamaw, was his saving grace. Her tough love and discipline kept him on the straight and narrow. That, or maybe the fact that she owned 19 handguns. She taught him the importance of being grounded in faith and family and the prospect that a better life lay ahead.

JD went on to serve our nation in the Iraq War as a proud Marine, graduated from The Ohio State University, received his law degree from Yale Law School, and became a successful investor in Silicon Valley. He wrote a bestselling book, Hillbilly Elegy, which was turned into a movie on Netflix.

After the success of his book, JD became a well-known commentator. On conservative and liberal networks, JD fiercely defended working-class Americans and the conservative way of life that values grit, determination, and freedom. JD is now a fixture on Fox News Channel, Newsmax, and other outlets.

JD moved back to Ohio in 2017. He has seen firsthand livelihoods devastated by job loss, addiction, economic turmoil and so much more. He started a business in Cincinnati and has focused on growing companies that create well-paying jobs. His business experience taught him firsthand that so many American companies struggle with unfair competition from China and from their own government, which often rewards multinational technology firms over Ohio small businesses.

A conservative outsider. That outsider is JD Vance.