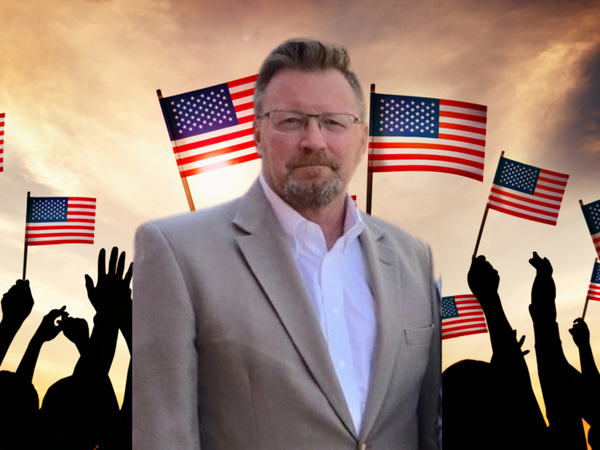 Following graduation in 1978, John attended technical school and secured employment as a technician at Bethlehem Steel.

Several years later, John joined the United States Navy and was selected to serve in the Navy SEALs. This special warfare unit includes intelligence training, as well as underwater demolition expertise. He served proudly and was honorably discharged from the Navy SEALs in 1987.

A Devoted Family Man and Business Owner
After returning home and furthering his education at Edison State Community College, John pursued his life-long dream of starting his own business.

He purchased Francis Furniture Store in his hometown of Celina, Ohio in 1995, and two years later, he expanded his business with the construction of a new store in Bellefontaine.

Out of all of his accomplishments, John’s proudest is his family. He married his high school sweetheart, Tara, and together raised seven children.

His children have been the inspiration behind John’s keen interest in the quality of education in Ohio, which also led him to seek a position on the State Board of Education in 1996.

Civic Minded
John has always had a strong sense of civic duty.

He has served as;

– a Board Member of the Shelby County United Way

– a Chairperson for the Shelby County United Way Campaign

– a Board Member of the American Heart Association of Shelby County

– the Vice President of the Shelby County Rotary Club.

John not only looks to grow and support his own business, but he also serves the entire business community. He served on the leadership council for the National Federation of Independent Business/Ohio (NFIB), a non-profit, non-partisan organization representing small business owners across the country, with 600,000 members nationally.

The Perfect Choice for Ohio’s Secretary of State
John Adams served eight years in the General Assembly of the Ohio House of Representatives, six of which he served as Whip, representing the 85th House District.

Now, John is dedicated to winning the election for Secretary of State and working to serve the people of Ohio.

Throughout his campaigns, John has personally spoken to hundreds of voters, going to thousands of doors to hear from the very people he served.

He has had the life experience – as a Navy SEAL, as a small businessman, as a civic leader, as a husband and father – to successfully protect and advance our common values.