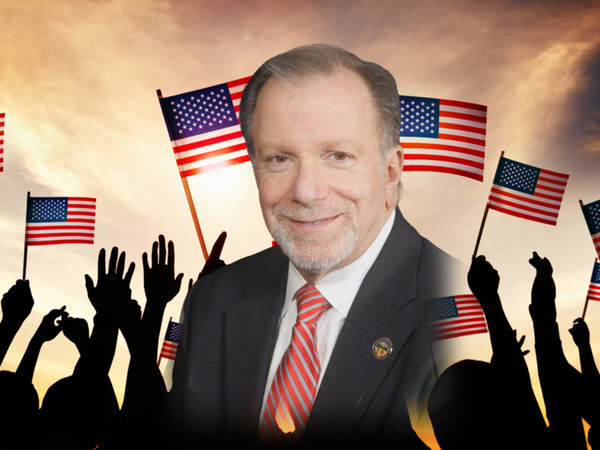 Judge Eugene A. Lucci for Court of Appeals of Ohio, Eleventh District

Judge Eugene A. Lucci, of the Lake County Common Pleas Court, announces that he is a candidate for the Court of Appeals of Ohio, Eleventh District, and, if successful in the Republican primary in May 2022, will face the Democrat incumbent in the November 2022 general election.
Serving as a Lake County Common Pleas Judge for 21 years, Lucci has presided over 26,000 matters, including 6,000 felony matters and over 300 jury trials, and is the senior judge on that court. He has been elected and re-elected to that bench four times.

As a general practitioner and trial attorney for 20 years before taking the bench, Lucci practiced in the major areas of law, including criminal, civil, domestic relations, juvenile, and probate matters.

Lucci is a retired law enforcement officer, having served as a uniformed police officer, and later as a sheriff’s detective. He teaches laws of arrest, search and seizure in the Ohio police academy is a police and civilian firearms instructor and holds a Federal Firearms License.
Admitted to the bar in 1980 after graduating from Cleveland-Marshall College of Law, Lucci was elected president of the Lake County Bar Association in 1989 and has served in many leadership positions in the judiciary, bar, and the community. Lucci is a 1972 graduate of Cardinal Mooney High School in Youngstown, completed his Bachelor of Arts degree at Case Western Reserve University in December 1975, and earned a Master of Judicial Studies degree from the University of Nevada, Reno, in 2012.

Lucci and his wife, Amy, who is a nurse manager for the Cleveland Clinic and also a Concord Township Trustee, have five daughters, three granddaughters, and a German Shepherd Dog named “Justice.”
Judge Lucci believes that now, more than ever, the people of Ohio and the U.S. need strong conservative, principled, and constitutionalist judges holding office in the third co-equal branch of government.

If elected, Lucci would be the only judge on this appellate court who has served as an active-duty trial judge, and the only appellate judge from Lake County, the most populous county in the district.

The 11th District Court of Appeals, consisting of five judges who hear cases in three-judge panels, serves Lake, Trumbull, Portage, Ashtabula, and Geauga counties, and sits in the city of Warren, in Trumbull County, Ohio. The work of the court of appeals mainly is to review for claimed error the rulings of the common pleas courts. In 99% of cases, the court of appeals is the last resort to secure justice under the law.