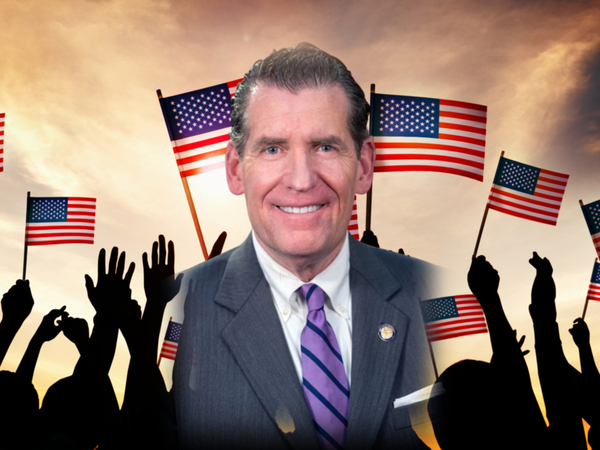 Judge John Eklund was sworn in to serve on the 11th District Court of Appeals on July 1, 2021 having been appointed by Governor Mike DeWine to fill a vacancy on the Court.

Prior to his appointment to the Court, Judge Eklund was in the private practice of law for almost 42 years with the Cleveland law firm of Calfee, Halter & Griswold LLP. His practice focused on business litigation of all kinds with a concentration in civil and criminal antitrust litigation and counseling. He was the head of Calfee’s antitrust and trade regulation practice group. He served as Board chairman for the Ohio State Bar Association’s Antitrust Section and was a frequent lecturer and contributor to publications on antitrust and trial practice. During his career, Judge Eklund was recognized in the publication “Best Lawyers in America” for Antitrust Law and for Antitrust Litigation and was named an Ohio “Super Lawyer” in those fields.

From 2011 until 2021, Judge Eklund Served as State Senator for Ohio’s 18th Senate District, which includes all of Portage County and most of Lake and Geauga Counties. At various times he was Chairman of The Senate Judiciary, Ways and Means, and Criminal Justice Committees. While in the Senate, Judge Eklund served on the Ohio Criminal Sentencing Commission, the Ohio ABLE Act Board, the Correctional Institution Inspection Committee and the Criminal Recodification Committee. He received many awards and recognitions, including The Ohio State Bar Association’s “Outstanding Lawyer-Legislator” award. He was named Legislator of the Year by the Ohio Association of County Behavioral Health Agencies and received the Representative C.J McLin Award from the Ohio Justice Alliance for Community Corrections, the Champion for Children Award from the Ohio Association of Child Caring Agencies and the Legislative Leadership Award from the Educational Service Centers Association of Ohio.

Judge Eklund earned his bachelor’s Degree in Political Science and History from Union College (N.Y.) and his law Degree from Washington and Lee University, where he was Lead Articles Editor for the Law Review and named to Omicron Delta Kappa, the National Leadership Honor Society. He was admitted to practice in all Ohio State and Federal Courts, several other Federal District Courts, as well as the United States Courts of Appeals for the 6th and 7th Circuits. He was admitted to practice before the United States Supreme Court in 1991.

Judge Eklund resides in Geauga County with his wife of 44 years, Meg. They have two grown children and seven grandchildren, including two sets of grand-twins.