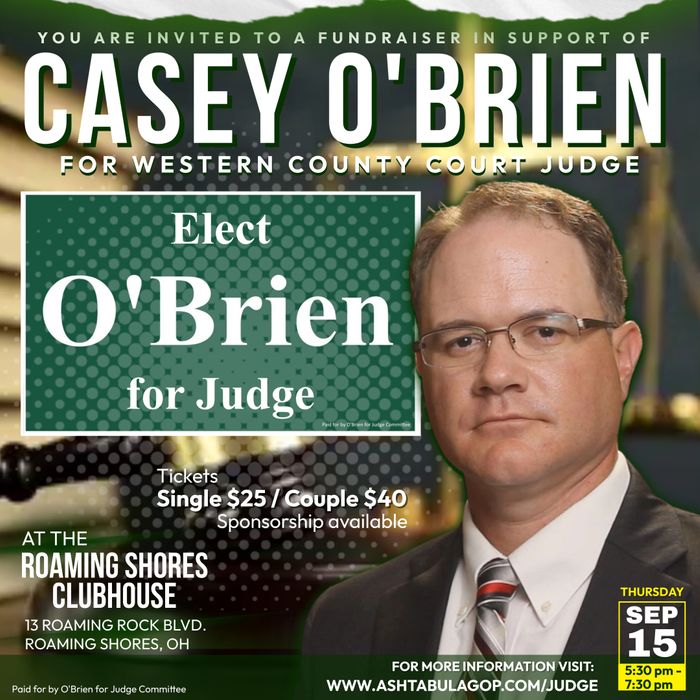 You are invited to a fundraiser in support of the Ashtabula County Republican Party Endorsed candidate for Western County Judge, Casey O’Brien 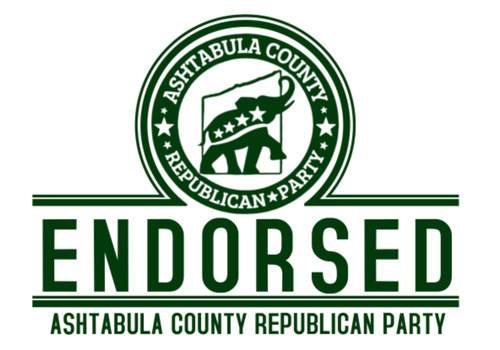 Attorney Casey O’Brien of New Lyme Township has filed petitions to run for
Judge of the Ashtabula Western County Court in November’s election.

“If elected, I will work hard to protect the citizens of Ashtabula County and I will not legislate
from the bench. My wealth of knowledge and experience, along with many volunteer positions,
have given me the ability to see both sides of most disputes and to observe the impact that the
Western County Court has on the everyday life for the citizens of Ashtabula County.“
Mr. O’Brien is licensed to practice in all State of Ohio Courts, the United States District Court
for the Northern District of Ohio and the United States Tax Court.

O’Brien is a partner at Ibold O’Brien (formerly Petersen & Ibold) in Chardon and Orwell Ohio
where he has practiced in the areas of personal injury, real estate, small business, collections,
estate planning/probate, criminal and general litigation for 22 years. Mr. O’Brien is a former
magistrate in the Chardon Municipal Court and has been named an Ohio Super Lawyer, a
Lawyer of Distinction, a “10 Best” Personal Injury Attorney and is listed in the Global Directory
of Who’s Who as a Top Lawyer. Mr. O’Brien is a member of the Ohio State, Ashtabula and
Geauga County bar associations, the Association of Trial Lawyers of America and the Order of
Barristers following his national final appearance on behalf of the Cleveland Marshall College of
Law Moot Court Program while in law school.