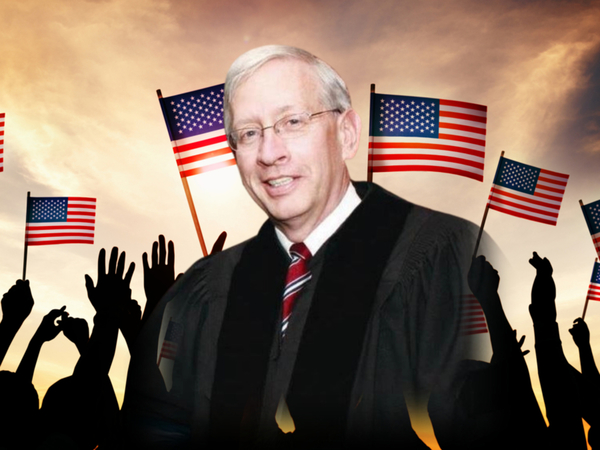 Justice Patrick F. Fischer began his six-year term on the Supreme Court of Ohio on Jan. 1, 2017, following his election in November 2016. Previously, he was elected to serve as a judge on the Ohio First District Court of Appeals in 2010, and was re-elected in 2012.

Justice Fischer has dedicated himself to the practice of law for more than 30 years. An honors graduate of Harvard Law School and Harvard College, as a practicing lawyer he tried cases throughout the country, and was named to Best Lawyers in America, one of the Top 50 Lawyers in Cincinnati, and one of the Top 100 Lawyers in Ohio. He was routinely named to Ohio Super Lawyers.

Having represented plaintiffs and defendants while an attorney, Justice Fischer knows the importance of being able to see and listen to both sides of an issue. Knowing and understanding the law as he does, Justice Fischer is keenly aware of how important it is that the law be applied properly to the facts in each case. The late chief justice of the Supreme Court of Ohio, Thomas J. Moyer, named him to co-chair a task force to make the Ohio judicial system more efficient and just. Justice Fischer served on the Ohio Constitutional Modernization Commission, and was vice chair of its committee on the judicial branch.

Justice Fischer began his legal career with a clerkship for U.S. District Court Judge William Bertelsman, and in 1987, he began working for the law firm of Keating Muething & Klekamp. Just four years later, he became a partner in the trial department. Although on inactive status, he also is a licensed attorney in Texas.

In his free time, Justice Fischer is a dedicated public servant. He served on numerous local boards such as the Hamilton County Mental Health & Recovery Services Board, Visions Community Services Board, St. Ursula Villa, and the Pleasant Ridge Community Council. He was a founding member of the Cincinnati Children’s Museum and served on its board.

Justice Fischer, his wife Jane, and their dog live in Cincinnati. He has one married daughter who is a practicing attorney in Ohio, and two grandsons. A graduate of St. Xavier High School, Justice Fischer also is an active, long-time member of St. Xavier Catholic Church in downtown Cincinnati, serving as both a lector and Eucharistic minister.