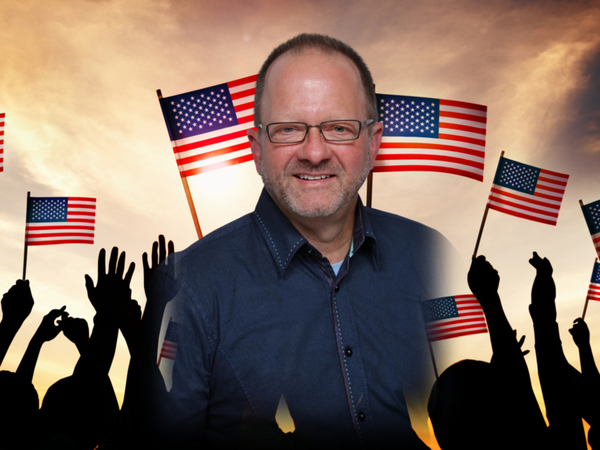 Mark Pukita for US Senate

Mark did not marry into money. He did not find wealth in venture capital schemes. He built jobs and propelled the success of countless small, mid-sized, and large businesses. He came from humble, lower working-class roots but, unlike others in the Senate race, he never walked away from his working-class values.

Mark grew up on the east coast and moved to Ohio in 1976. He has a degree with honors from The Ohio State University. Mark lives in Dublin, is a proud grandparent to two grandsons, and wants Ohio families to be proud to raise their children and grandchildren here.

Mark is a wildly successful entrepreneur who embodies hard work done right. In 1996, he started a company, Fast Switch, with only $1,000. That small investment created thousands of good paying jobs. Over two decades later he sold most of the business to his executive team, the very ones who, with Mark, built Fast Switch’s success. His company was recognized 9 times by Columbus Business First as a “Fast 50” company.

Where was Rob Portman’s competition before he dropped out of the race? Mark Pukita was the only one who stood up to Portman. Mark was fed up with Portman who, as Mark says, “Did nothing we sent him to do in D.C.”

No one else was willing to stand up and challenge Portman except Mark Pukita. That is, until Portman dropped out and the SWAMP-ortunists descended.

Mark wants to be proud of Ohio, but is not. Ohio is the heart of the country. With the 7th largest population in the nation, Ohioans deserve a force to be reckoned with in Washington. A Senator who is not afraid to swing a bat backed by over 11-million citizens. For far too long our elected officials have been weak and irrelevant. Refusing to fight for Ohio’s values has put us all at risk. Mark will fight so we can all be “Ohio Proud”