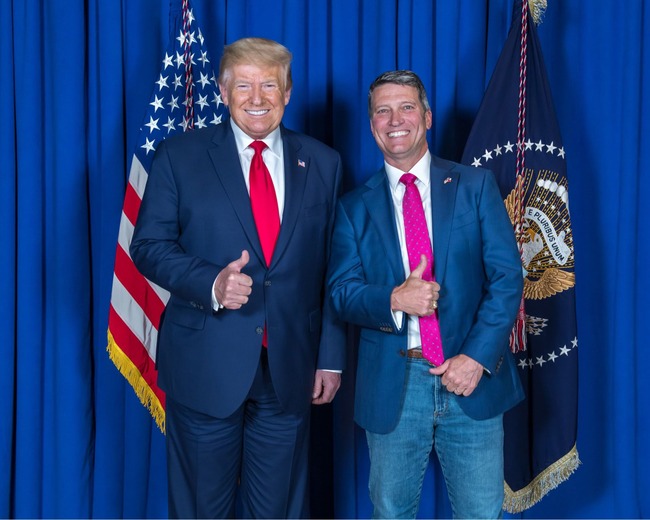 Doctor Ronny Jackson is a retired Rear Admiral in the United States Navy. He retired from the military on December 1st, 2019, after 25 years of Active Duty service to his country. His last duty assignment was at the White House, where he served as Assistant to the President and as the appointed Chief Medical Advisor to President Donald J. Trump.

Born and raised in a hardworking blue-collar family in the small town of Levelland, Texas, Doctor Jackson has worked full time since the age of 14. Employed at the local grocery store and later as a roustabout in the oil field, he paid for his entire undergraduate education while still serving his local community as a volunteer firefighter. After beginning his education at the local junior college, he went on to graduate from Texas A&M University at Galveston and then attended medical school at the University of Texas Medical Branch. During his time in medical school, he served in the Navy Reserves, and immediately upon graduating in 1995, he was assigned to the Naval Hospital in Portsmouth Virginia, where he began his active duty military career as an officer in the United States Navy.

After completing his first year of residency training in 1996 and receiving the “intern of the year” award, he went on to become the Honor Graduate of the Navy’s Undersea Medical Officer Program in Groton, Connecticut. As a fully qualified Navy Deepsea Diver uniquely trained in hyperbaric and submarine medicine, his subsequent naval assignments included serving as the Diving Medical Officer with Explosive Ordnance Disposal, Special Operations, Naval Special Warfare, and Navy Salvage Diving teams, stationed in Norfolk, Groton, Panama City, Pearl Harbor, and Sigonella, Italy.

In 2001, after 5 years in the Navy Diving community, Doctor Jackson returned to the Naval hospital in Portsmouth to complete his residency in Emergency Medicine, finishing at the top of his class and receiving the Honor Graduate designation. In 2005 he was assigned to the United States Marine Corps and joined the 2nd Marines, Combat Logistics Regiment 25, in Camp Lejeune, North Carolina. From there, he deployed to one of the most violently contested regions of Iraq as the Emergency Medicine Physician in charge of Resuscitative Medicine for a combat Surgical Shock Trauma Platoon in Taqaddum, Iraq.

Ronny has been married to his wife Jane for 27 years and they have 3 children. Libby has her MBA and works in Virginia, Ben is a graduate of the Naval Academy and a U.S. Navy SEAL, and Matthew is a junior in high school, and hopes to attend college at the U.S. Naval Academy and become a fighter pilot.